The Philippine NGO sector has played a significant role in the history of social development work in the country. Existing in its earlier forms to fill the gaps in the government’s delivery of basic social services, NGOs evolved into alternative venues for political participation and social action. In an atmosphere of synergy and complementation following the 1986 EDSA Revolution, the government and the NGO sector have come to establish a collaborative relationship characterized by convergence of goals and the sharing of resources.

With the aim of uplifting the condition of the marginalized sectors, NGOs are able to deliver meaningful services to the people through their various programs and projects. This resulted in the recognition of the contribution of NGOs in national development as enshrined in the 1987 Constitution and fleshed out in the Local Government Code of 1991. The latter institutionalized the NGOs’ participation in governance by giving them representation in local and national consultations on important issues and development plans and programs. This led to the spectacular rise in the number of NGOs in the country.

While this development was welcomed by various sectors including government and international development agencies, it was also exploited by some enterprising and political groups that carry agenda other than genuine social development. The mushrooming of NGOs raised concerns about the ability of the government to regulate all these organizations and ensure that resources channeled to them are actually being used for their declared goals and objectives.

For its part, the NGO community has been taking steps to somehow regulate itself to protect its integrity and credibility. A Covenant on Philippine Development was ratified in December 1991 through the initiatives of the Caucus of Development NGO Networks (CODE-NGO). The Covenant serves as a Code of Conduct for NGOs.

The Comprehensive Tax Reform Program in 1995 would have eliminated donors’ tax exemption and deductibility of donations to NGOs as a means of increasing revenues for the Government. This would have had a detrimental effect on NGOs dependent on corporate donations. The Department of Finance (DOF) challenged the NGO community to establish a peer review mechanism that would ensure that only qualified NGOs will be allowed to receive tax exempt and tax-deductible contributions.

Prominent NGO leaders saw this as an opportunity and a responsibility to complement the efforts of the Government in ensuring that resources received by non-stock, non-profit organizations and NGOs are used and maximized for their intended purposes. Six of the country’s largest national NGO networks—the Association of Foundations (AF), the Bishops-Businessmen’s Conference for Human Development (BBC), the Caucus of Development NGO Networks (CODE-NGO), the League of Corporate Foundations (LCF), the National Council for Social Development (NCSD), and Philippine Business for Social Progress (PBSP)—established the Philippine Council for NGO Certification (PCNC) and registered it with the Securities and Exchange Commission on January 29, 1997 (SEC Reg. No. A199701376). 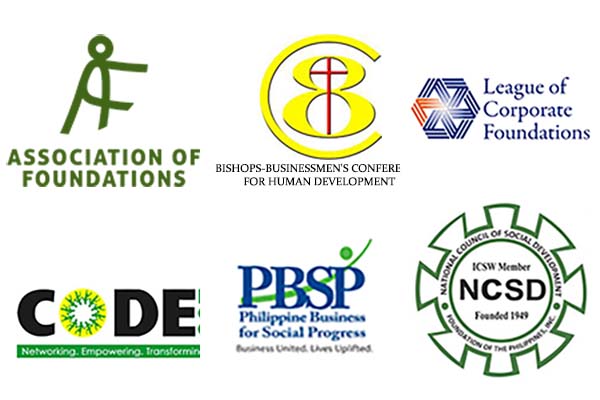 When the Republic Act No. 8424 – Tax Reform Act of 1997, was signed into law on December 11, 1997, Sec. 34(H)(2)(c) provides that donations to accredited nongovernment organizations organized and operated exclusively for scientific, research, educational, character-building and youth and sports development, health, social welfare, cultural or charitable purposes, or a combination thereof, are deductible in full. This was the result of the dialogues and negotiations between the DOF and the NGO leaders.

On January 29, 1998, then Secretary of Finance Roberto F. de Ocampo and the PCNC Interim Chairman Victoria P. Garchitorena signed a Memorandum of Agreement designating PCNC as the “sole body to establish and operationalize a system of accreditation to determine of domestic corporations or associations organized and operated exclusively for religious, charitable, scientific, youth and sports development, cultural or educational purposes, or for the rehabilitation of veterans, or to nongovernment organizations for accreditation as donee institutions”.

The Revenue Regulation No. 13-98, implementing RA 8424 specifically Section 34 (H) relative to the deductibility of contributions or gifts actually paid or made to accredited donee institutions in computing taxable income, was issued on December 8, 1998. In the said RR, PCNC was named as the duly designated Accrediting Entity pursuant to Memorandum of Agreement on January 29, 1998. As Accrediting Entity, the Council was tasked “to establish and operationalize a system of accreditation to determine the qualification of non-stock, non-profit corporations or organizations and NGOs for accreditation as qualified donee institutions” (Section 1 (d)). The accreditation of non-stock, non-profit corporations/NGOs by PCNC is a “pre-requisite for their registration with the Bureau of Internal Revenue (BIR) as qualified donee institutions under Section 34 (H) (1) and (2) (c) of the Tax Code” (Section 2 (a)).

PCNC was officially launched at the Filipinas Heritage Library in Makati City on February 5, 1999.

On April 11, 2008, through Executive Order No. 720 – Establishment of a Government-Non-government Partnership in the Accreditation of Donee Institutions Relative to the Tax Deductibility of Charitable Contributions under Section 34(H) of the National Internal Revenue Code, As Amended, the distinct mandate of PCNC as “the government’s partner in a system of accreditation to determine the qualification of domestic corporations or associations or NGOs for accreditation as donee institutions” was emphasized. This renewed mandate all the more strengthened PCNC’s partnership with the Bureau of Internal Revenue and other government institutions in extending the benefits of donee institution status to qualified NGOs.

The Philippine Council for NGO Certification or PCNC is a private voluntary, non-stock, non-profit corporation that certifies non-profit organizations that meet established minimum criteria for financial management and accountability in the service to underprivileged Filipinos.